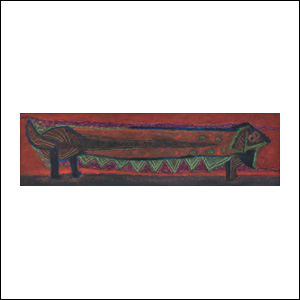 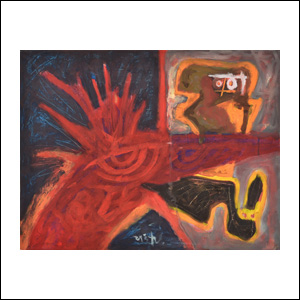 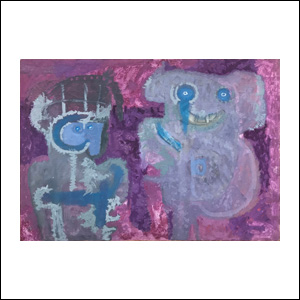 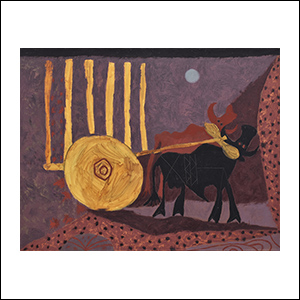 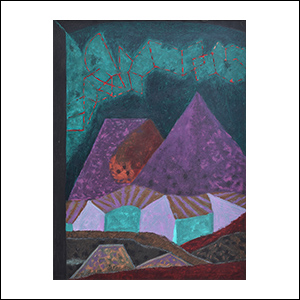 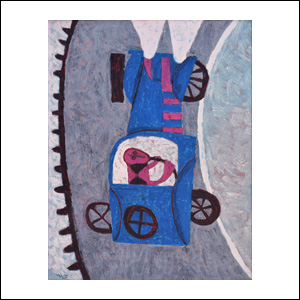 If you are interested in buying or selling an artwork by Rodolfo Nieto, please send us an email to [email protected] or give us a call to +1 210-305-6528 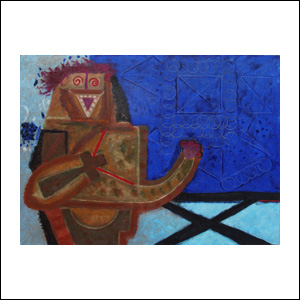 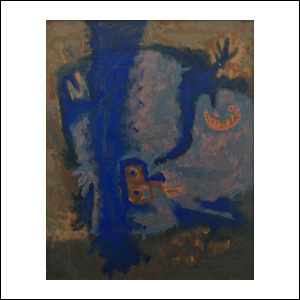 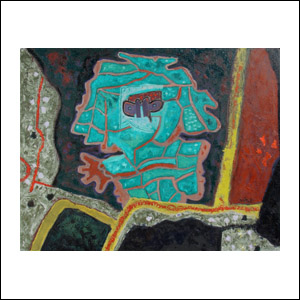 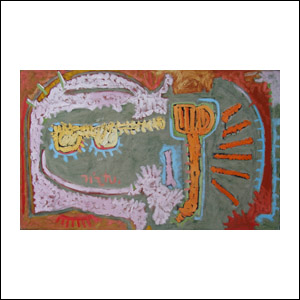 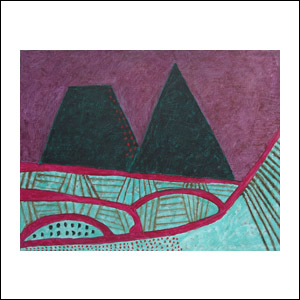 Rodolfo Nieto was born in Oaxaca on July 13, 1936. He was a painter who was part of the Rupture Generation in Mexico. He studied and incorporated art brut in his work, as well as painting originated from the unconscious explored by the CoBrA group in Europe.

Rodolfo Nieto discovered that he wanted to be a painter at the age of five or six, when he crossed every day in front of the workshop of a painter of saints who restored plasterwork and gilding. He liked to stop and watch his work. At the age of eight, he modeled series of animals in black wax that he formed on the dining room table in his house.

In 1949, after the death of his father, he moved with his family to Mexico City. His vocation led him to enter the Escuela Nacional de Pintura, Escultura y Grabado (National School of Painting, Sculpture and Engraving) "La Esmeralda" in 1953, where he studied for two years and continued to visit sporadically. He had Carlos Orozco Romero and Santos Balmori as teachers, among others. He had a very close relationship with Santos Balmori, to the degree that Santos Balmori and his wife wanted to adopt him, but it never happened. At Balmori's house, Rodolfo Nieto ate, slept, had access to their library and spent long moments talking. He also liked to visit the magical world which for him was the house of Chucho Reyes. At the age of twenty he had already entered the study of painting by many of the greats of the 20th century, such as Paul Klee and Wassily Kandinsky.  Juan Soriano who had returned from his stay in Europe , reinforced with his extensive knowledge, his experience and his books, Nieto's growing interest in contemporary European painting.

At La Esmeralda, Rodolfo Nieto became friends with his colleagues Francisco Corzas, Luis Lopez Loza, Tomas Parra and Fernando Ramos Prida. He became boyfriend of a painting student, Marta Guillermoprieto, who later left for several years to reside in Los Angeles, California. They maintained their relation by letter and on her return to Mexico in 1958 they decided to marry.

Rodolfo Nieto had participated in group exhibitions, but it was until 1959 when he exhibited individually for the first time and almost simultaneously at the Academia de San Carlos and in the Galerias Chapultepec. In the last one, an important portrait exhibition was mounted, which included works by Diego Rivera, Jose Clemente Orozco, Siqueiros, Dr. Atl, Roberto Montenegro, among others. Nieto's exhibition was in an adjoining room, so it was highly visited. One of the visitors, the collector Bernard Siemiatycki, owner of the magazine Artes de Mexico, became interested in his work and repeatedly came to buy paintings. Shortly thereafter, Siemiatycki left for Paris carrying 15 Nieto canvases that he wanted to show to his friends, owners of different art galleries. The response was positive. Galerie de France proposed that if Nieto went to France, they would take care of its development.

Rodolfo Nieto and his wife Marta left by boat for Paris where they stayed in the 1960s. For two years they received Siemiatycki's help. A year and a half after his arrival in Paris, Rodolfo Nieto was already working with Galerie de France. They lived in their first year in the University City of Paris, first in the Greek House and then in the Mexican House. Then they lived in different apartments, either in the L'Etoile area, in Montmartre; on Boulevard Pasteur or near the Denfert-Rochereau station.

Shortly after their arrival they became friends with Francisco Toledo. In 1961, Rufino Tamayo introduced Francisco Toledo with a Norwegian curator, with the purpose of preparing an exhibition of the young artist. Toledo in turn proposed Rodolfo Nieto. The exhibition that presented the work of both Oaxacan artists was held with great success at the Kunstnernes Hus in Oslo, Norway, in 1962.

During his stay in Paris, he became acquainted with various writers and poets such as Octavio Paz, Andre Pieyre de Mandiargues, Alejo Carpentier, Mario Vargas Llosa, Carlos Fuentes, Pablo Neruda, Julio Cortazar; and Jorge Luis Borges, who commissioned him to illustrate the French translation of his work Manual of Fantastic Zoology for the publisher Maurice Nadeau in 1963. Although the publication contained few drawings because it was a pocketbook, the notebook where he made them came to contain around 80 versions of fantastic animals. That year Rodolfo Nieto received the painting award from the Paris Biennale.

In Paris his work was influenced by the study he made of Dubuffet's art brut, and the works of the artists of the CoBrA group, which was formed in Paris in 1948 by artists from the Netherlands and Scandinavia, its main representatives were Karel Appel, Asger Jorn and Pierre Corneille, to which were added: Jean Atlan, Pierre Alechinsky, Constant, Noiret and Dotremont, inventor of the group's name (acronym for the cities of its main representatives COpenhagen, Brussels and Amsterdam). The cause was clear; they set themselves the goal of taking advantage of the free expression of the unconscious without interference or control of the intellect. In Rodolfo Nieto's work from 1960 to 1965, faces are a fusion between man and animal, characters with animal features, finally the internal and cerebral fusion, forming his series Mental Zoology.

He made engravings in Mourlot's workshop, and in the famous Atelier 17 by William Hayter, the graphic engraver who trained so many graphic artists in France and New York. Juan Soriano claimed to have seen Rodolfo Nieto also work in Peter Bramsen's workshop on Vielle du Temple street, in the Le Marais neighborhood. In 1966 he made lithography in Michael Cassé's workshop and investigated other painting techniques. He carried out a group of works where he used automotive lacquers, which he later combined with oil. Then he made a series of collages, paper on paper on a wooden support. In that year he also presented his first solo exhibition at the Galerie La Balance in Brussels, Belgium. Followed by another solo exhibition at the Galerie de France in 1967. That year he also did a series of pencil drawings of animals at the Basel Zoo. They are the starting point of a new figurative trend that borders on the one hand with the Mexican baroque and on the other with art brut.

In 1968, he obtained for the second time the painting prize of the Paris Biennale, and returned to Mexico at Marta's insistence. Soon they separated. He returned to Paris, where he made new friends, among them the Argentine writer Jose Bianco. In 1969, he presented solo exhibitions at the Galerie de France, the Galerie La Balance and his first solo exhibition in a museum, named "Rodolfo Nieto: Laboratory on paper" at the Museo del Palacio de Bellas Artes, Mexico City. He returned to Mexico for short periods. In 1970, he exhibited individually at the Galerie Michel Casse in Paris.

He returned definitively to Mexico in 1972. He spent most of his time in Mexico City, and traveled frequently to Oaxaca. Nieto did not stop painting animals in those years. Goats, bulls, dromedaries, camels, rhinos, ostriches, full of rhythm and color, which are joined by turkeys, rabbits, frogs, parakeets that come from Mexican folk art. Also a result of his reunion with Oaxaca is the important series of monolithic characters he painted from 1972, in these works the reference to pre-Hispanic sculpture is obvious. It evokes the memory of the Tlaloc monolith that was transported to Mexico City a decade earlier, but is more accurately linked to Zapotec ceramics. During those years Rodolfo Nieto toured Monte Alban, Mitla and Zaachila. In 1973, he presented his first exhibition at the Museum of Modern Art in Mexico City.

In 1976, he married Nancy Glenn, an American model who had been Miss California, and establishes their residence in an apartment in Coyoacan. His relationship with Rufino and Olga Tamayo is strengthened. That year he presented his first exhibition at the Estela Shapiro Gallery. From that year on, Rodolfo Nieto took a turn towards another language. His work revolves around the human being, in an almost musical sense, a man with a parakeet, the violinist, the cellist, the marimber, the woman with bonsai, the man with television, the acrobat, the fire eater, the evening, the astronomer, the contortionist, the gramophone, etc.

He was frequently asked if he was an abstract painter. He always defended himself against this idea, and did not understand how it could be confused, since he had never stopped making figuration, although it was certainly not realistic. His brother Carlos says that he laughed: "If I did abstract painting and wanted to send a message, I would have better have written a novel.”

When Rodolfo Nieto separated from his second wife, he went to live in his studio in Tacubaya. His alcoholism was already very serious. He entered clinics to detoxify. His work La femme de l’absinthe is an image of the addiction that destroyed him. He died at the London Clinic in Mexico City, on June 24, 1985, almost at the age of 50.