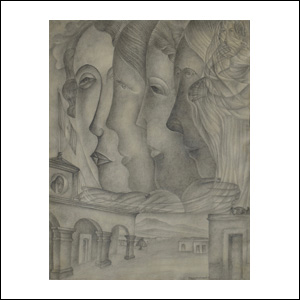 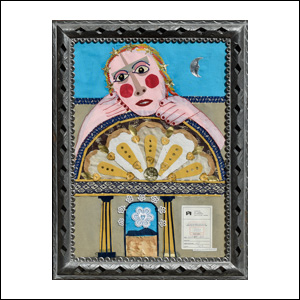 If you are interested in buying or selling an artwork by Rodolfo Morales, please send us an email to [email protected] or give us a call to +1 210-305-6528 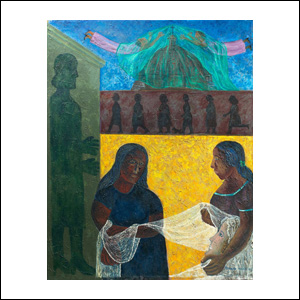 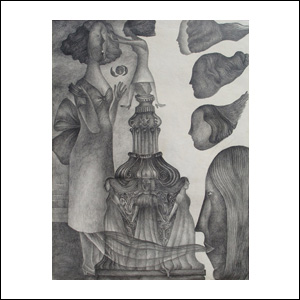 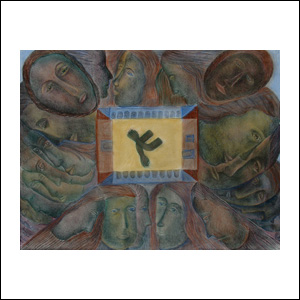 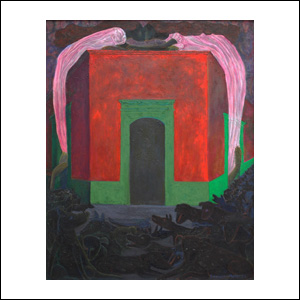 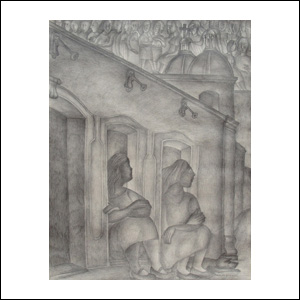 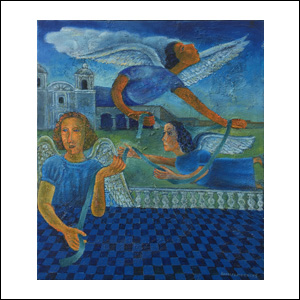 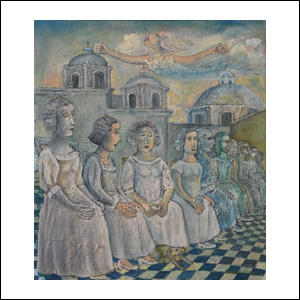 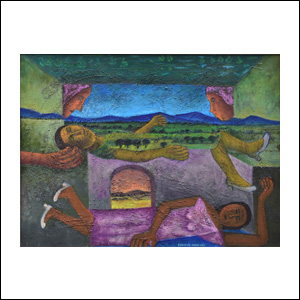 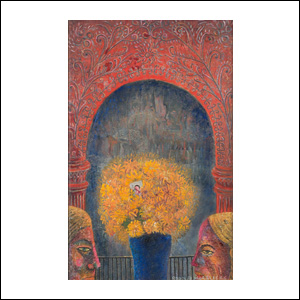 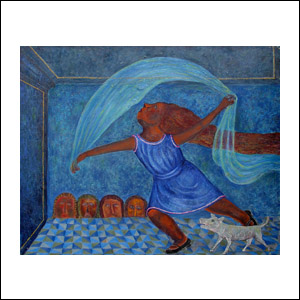 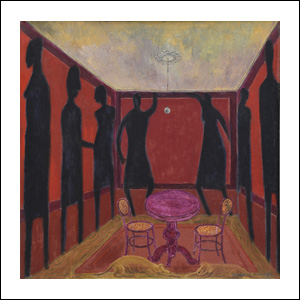 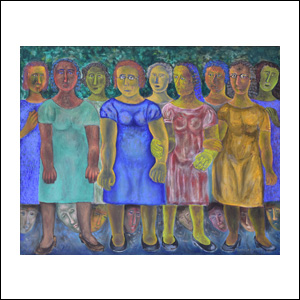 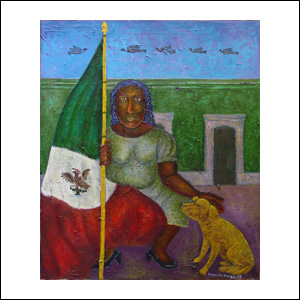 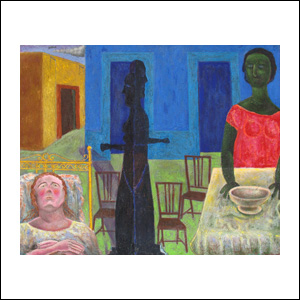 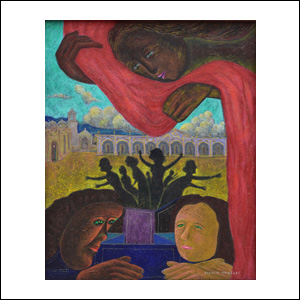 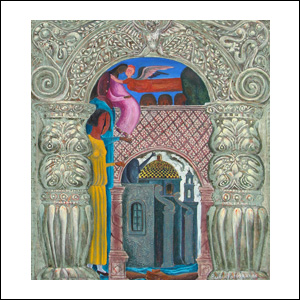 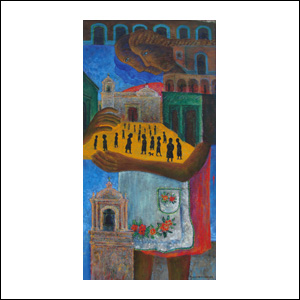 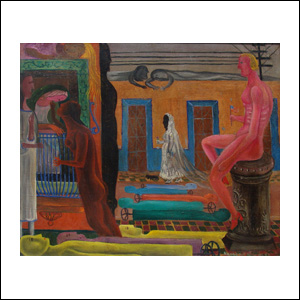 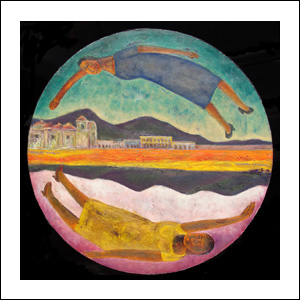 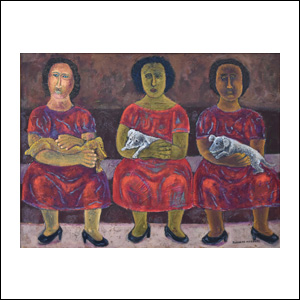 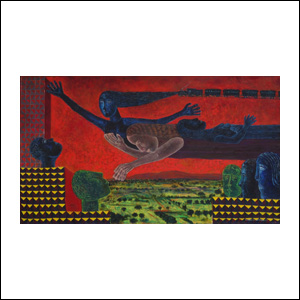 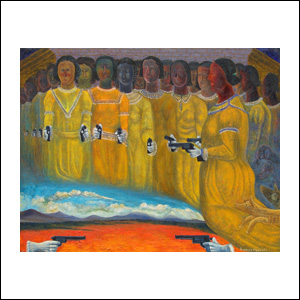 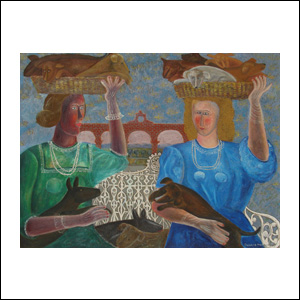 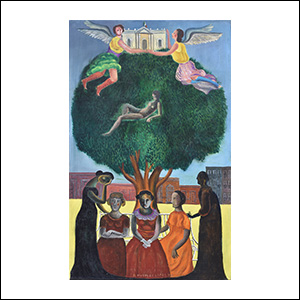 Rodolfo Morales was born on May 8, 1925 in the town of Ocotlan de Morelos, Oaxaca. His father, Angel Morales, was a carpenter. Her mother, Rufina Lopez, was a very active and participatory woman in the social and civic activities of the town, and was also a teacher in an elementary school. This marriage had three children, Javier, Jose, and the youngest of the three, Rodolfo Morales. The life in Ocotlan, as in all the towns in Mexico, passed around the central square, the market and the Government Palace, where the people met. Angel Morales, had a sister named Petra, who moved to live with them. Petra had the time to share with her nephew Rodolfo countless things, including literature, using the few books that were at home and in town. With her, Rodolfo Morales discovered Aesop, Quixote and Sister Juana, and he could know what an imaginary world was, since Petra made him describe how he had imagined what he had read.

Rodolfo Morales, at the age of five, made his first train trip to Oaxaca City. He was fascinated to observe the changes in the landscape, a landscape that he had always seen still, and that at that moment seemed to move from left to right, while he, impassively, watched it from the window. He marveled at Oaxaca City because of its perfect and aligned constructions, cobblestone streets, its large square, its beautiful churches and the Government Palace, and especially electric light. In Ocotlan the streets and houses were still lit with lamps and candles. The beauty of the architecture entered his eyes when he looked at the symmetry, the angles, the low windows and the quarry decorations on the facades, topped with wrought iron, and the portals so full of life.

Rodolfo Morales' mother wanted to keep him away from the new ideas that were taught in schools, since it was rumored that educational programs contained socialist and anti-clerical propaganda, which was promoted by the regime of General Cardenas. So Rufina stopped teaching in elementary school and removed Rodolfo Morales from school when he was eleven years old. Since the children had to study according to the law, Rodolfo Morales had to remain locked in his house during school hours. The confinement extended during a year, time in which, in the middle of the tedious solitude that surrounded it, Rodolfo began to draw. On Sundays he could go to church with his mother, a place he was excited to visit to see how the altars were arranged. He paid close attention to each space, he did not want any detail to escape, as he had proposed to reproduce them on paper in his house. Her mother began teaching art and crafts at the Jose Maria Morelos y Pavon School, where she taught girls how to draw, embroider, sew and paint on sand-based glass. Rufina let Rodolfo Morales accompany her to his workshop on Saturdays or Sundays and sometimes in the afternoon. The workshop was full of threads, fabrics and papers thrown everywhere. His brother, Javier, commented that "sometimes, when the family was gathered at the table, he suddenly realized that Rodolfo had disappeared. Rodolfo hidden under the table and the edge of the tablecloth, began to build something with pieces of paper and cloth ". These children's creations evolved into kites that Rodolfo made in his teens and that his mother sold them in a store she had opened. Rodolfo became famous in his town for his kites and left him some money, "people fought for them." Years later, this talent served Rodolfo Morales to create hundreds of collages that he made in parallel to his paintings. In the words of Rodolfo Morales: "My mother's workshop had a great influence on my technique to make the collages."

Rodolfo Morales realized that he could not live the rest of his life doing kites. While contemplating the possibilities of a productive future, he found a history book of Mexico with a photograph of the Royal Academy of San Carlos in Mexico City, which at that time was already called the National School of Fine Arts. Rodolfo realized that in that school he could learn what he needed to make a living. So in December 1947, Rodolfo Morales took the train to Mexico City. His brother Jose, who worked as a carpenter in Mexico City, gave him a place to live and financial support so that he could study art at the National School of Fine Arts from 1948 to 1953, where he also had history, literature and French classes.

At the end of his studies in 1953, Rodolfo Morales painted his first mural in the Municipal Palace of Ocotlan, Oaxaca, which did not end until 1956. He was also recommended by his art history teacher, Alfonso Payares, to take the position of master of drawing at High School No. 5, the most prestigious official high school in Mexico City. Rodolfo held this position from 1953 to 1985. He was appreciated by his students and even students who were not enrolled liked to attend his class. In 1962 he made his second mural at the same High School No. 5. Also there he met the teacher Angeles Cabrera (“Geles”), one of the first women to be a sculptor in Mexico and who also worked in the same school. Rodolfo had a great friendship with her.

In the 1960s, Rodolfo visited other countries such as Honduras, Brazil, England, Holland, Belgium, France, Spain, and Portugal; and on subsequent trips he visited countries of South America and the Caribbean, the United States, Canada, Germany, Italy, Austria and Russia. During those years Rodolfo Morales made paintings and drawings that he did not show publicly. In 1975 Geles had the opportunity to exhibit her sculptures in the art gallery, La Casa de las Campanas, in Cuernavaca, owned by Manola Saavedra. Geles talked Manola about Rodolfo and suggested her to see Rodolfo's work, so they could exhibit together; he as a painter and she as a sculptor. Manola visited Rodolfo's studio and was delighted with his work, proposed to exhibit along with Geles, and Rodolfo agreed. Without telling Rodolfo, Geles sent an invitation to Rufino Tamayo, who also knew Manola. When Rufino Tamayo and his wife Olga appeared at the opening of the exhibition they were very pleased with Rodolfo Morales and his work. They recommended their collectors to buy Rodolfo's work and asked the gallery owner Estela Shapiro to represent and promote Rodolfo Morales work.

The following year, Estela Shapiro made an exhibition with Rodolfo's work and made a catalog for the exhibition with text by Rufino Tamayo, saying: “Rodolfo Morales, this new painter I am pleased to introduce to art lovers, is no doubt about it, the breath of fresh air that will restore our joy in living to us all. His painting, as it is easy to prove, is not done with just the mind, but mainly with the heart. His simple, direct message does not strike us superficially as is the case with something that is merely intellectualizing; rather it reaches deep inside us and makes us feel it and enjoy it fully, because it is imbued with truth and we already know the presence of truth is always exciting... His voice, although it is a quiet voice, now begins to be heard, because it has something to say and says it in a convincing way.” From that moment on, Rodolfo Morales' work began to be exhibited publicly in different galleries and museums, both nationally and internationally.

Rodolfo Morales made two large-scale works for the lobby bar of the Camino Real Hotel in Mexico City. He painted a second mural in the Municipal Palace of Ocotlan. In 1985 he returned to live in Oaxaca and there he lived the rest of his life. In 1994 he made a mural at the Royal Pedregal Hotel in the south of Mexico City, and in 1998 he made the mural “History, Development and Reality of the French Nation” at the Bellas Artes subway station in Mexico City. Rodolfo made these last two murals painting in front of the public.

In 1992, Rodolfo Morales founded the “Rodolfo Morales Cultural Foundation”, through which he channeled the income from his artworks sales for the restoration and conservation of several churches, convents and old houses of Oaxaca, such as the churches of San Pedro Taviche, San Baltazar Chichicapam, San Jacinto Ocotlan, San Felipe Apostol, San Jose del Progreso, Magdalena Ocotlan, Santa Ana Zegache and the former convent of Santo Domingo Ocotlan, among others. He also promoted the education and culture of Oaxaca by creating a library, a computer room, a theater and different musical and artistic programs.