If you are interested in buying or selling an artwork by Ricardo Martinez de Hoyos, please send us an email to [email protected] or give us a call to +1 210-305-6528 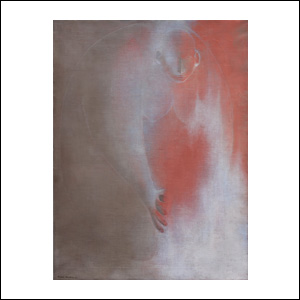 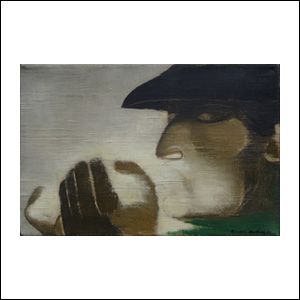 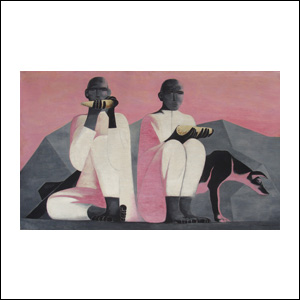 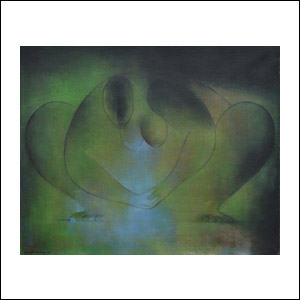 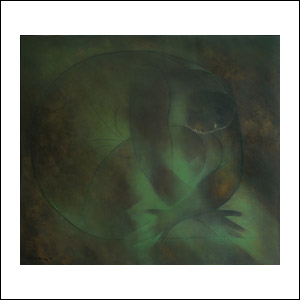 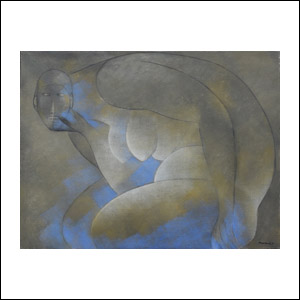 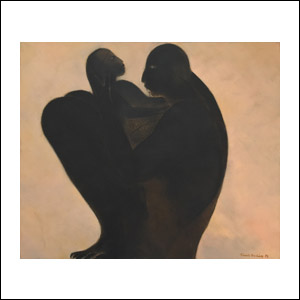 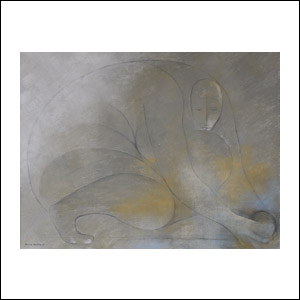 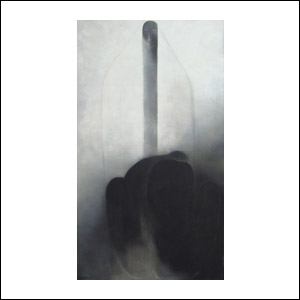 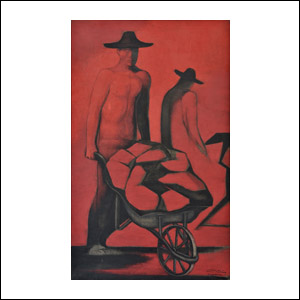 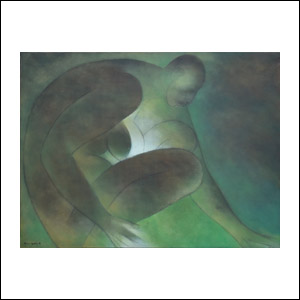 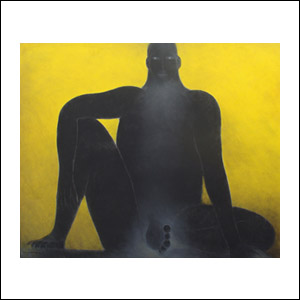 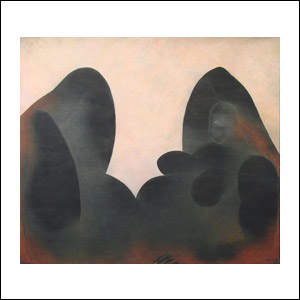 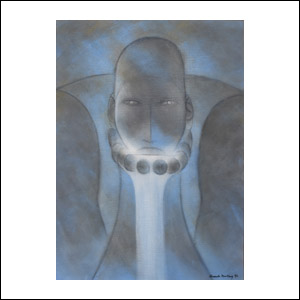 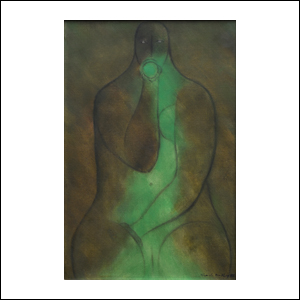 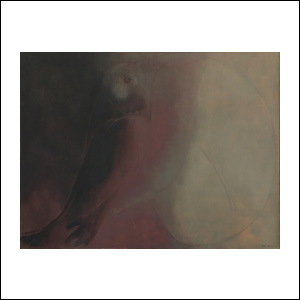 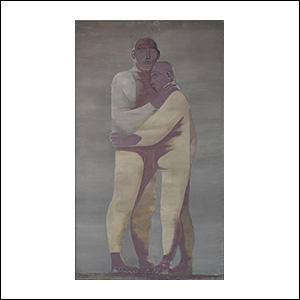 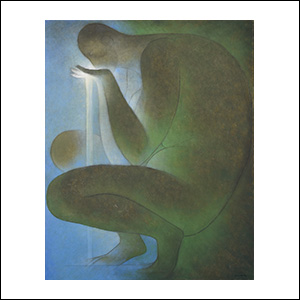 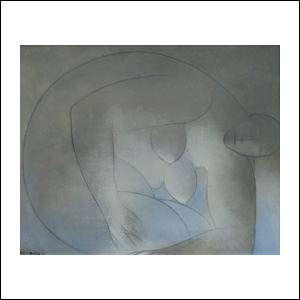 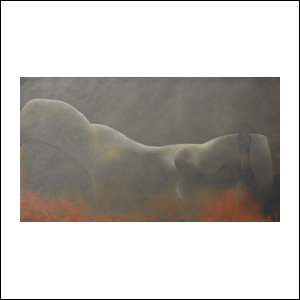 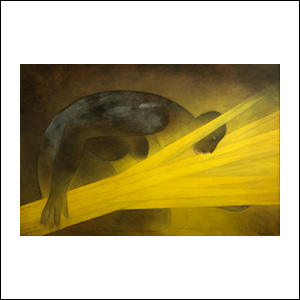 Ricardo Martinez de Hoyos was born on October 28, 1918 in Mexico City. He was a painter who developed in a period of profound transformation in Mexican painting. He began to paint in the last years of the Mexican School of Painting, he was a precursor of the Rupture Movement and later developed parallel to it, since he never felt part of said movement or any other. Ricardo Martinez inherited the interest in the culture and aesthetics of the pre-Hispanic civilizations that the generation before him, the Mexican School of Painting, had cultivated in their works, and mixed it in his painting with the avant-garde trends that occurred in the second half of the 20th century.

Ricardo Martinez was the thirteenth of sixteen siblings. His brother, Oliverio Martinez who was a sculptor, was the one who promoted him in his beginnings as an artist. Ricardo lived from 1928 to 1932 in San Antonio, Texas, with his mother and some of his siblings. He greatly enjoyed the American school and learned English. Since then he liked to draw. In a letter, his brother Oliverio, who was around 17 years older than him, tells him: “study and continue drawing, on your return, I will take care of you." Upon returning to Mexico Ricardo continued his studies, however he liked drawing more than studying.

In the years of 1934 and 1935, Ricardo Martinez collaborated with his brother Oliverio in the construction and installation of the Monument to the Revolution in Mexico City, where he met the sculptor Francisco Zuñiga with whom he had a close friendship. In 1938, he entered the National Preparatory School. Within a year of admission, he released a manifesto urging students and authorities to protect the school's murals from vandalism by the students themselves. That year he made his first tempera painting.

Ricardo Martínez began his law degree at the Universidad Autónoma de Mexico in 1940, which he left a few months later to dedicate himself to painting. With that conviction he enrolled in the Escuela Nacional de Artes Plásticas (former Academy of San Carlos), however he stopped attending shortly and began to learn to paint self-taught using books such as The Materials of the Artist by Max Doerner.

His early works show the influence of Julio Castellanos, then there was an influence of Federico Cantu regarding his themes, with whom he became friends in 1943. Later, there is an influence from Manuel Rodriguez Lozano, Jose Clemente Orozco and Giorgio de Chirico. It was not until 1953 that his style took a definitive course. Ricardo Martinez was attracted like many other artists of his time to pre-Hispanic art, which led him to gradually form an important collection and incorporate its aesthetics into his painting. His production from 1953 to 1957 forms a second creative stage, in which he introduced shapes and features of the pre-Hispanic sculptures and masks, thus configuring his own visual language that gradually led him to the development of the style that will characterize him during the rest of his lifetime. During this stage, he represented characters in traditional scenes, performing their daily tasks or exhibiting traditional elements of culture, such as music or food.

In his paintings from 1957 onwards, a new figuration and his characteristic treatment of the human figure can be seen. Corpulent and volumetric figures are the protagonists of his paintings. The pre-Hispanic world continues to be a source of inspiration, but expressed in more refined lines. The blur will be a fundamental element, both in the contours of the figures and in the applications of light and color. The light management is masterful and the volumes of the figures are achieved through color. The atmosphere of his works is very particular and serves to generate light in the compositions. The themes represented are daily, erotic or emotional, with a great emotional charge. The monumentality of the figures that cover almost the entire work compete only with the feeling of spirituality that they transmit.

In 1943, Ricardo Martinez met Ines Amor, director of Galeria de Arte Mexicano. She began to represent him and presented his first solo exhibition in her gallery in 1944. His works began to be exhibited both individually and collectively in galleries, museums and art centers in Mexico and the United States. He taught painting at the Fine Arts Center School in Colorado Springs, and later in San Diego, California. He became friends with the French muralist Jean Charlot, director of the Fine Arts Center School, where Ricardo Martinez presented his first solo exhibition abroad in 1948. His first solo exhibitions in a museum were at the Phoenix Art Museum in 1966 and at the Museum of Modern Art in Mexico City in 1969.

He received several awards and recognitions throughout his life, such as: the Moinho Santista Acquisition Prize, highest award from the Sao Paulo Biennial, Brazil (1964); Raul Bailleres Award, Mexico (1967); he rejected the National Prize for the Arts for not wanting to share it with Juan O’Gorman (1972); he was named Artist Emeritus by Fondo Nacional para la Cultura y las Artes, Mexico (1993); Gold Medal by Instituto Nacional de Bellas Artes, Mexico (2008); and Federal District Medal by the Government of Mexico City (2008). Throughout his life and to date several books on his painting have been published.