If you are interested in buying or selling an artwork by Pedro Coronel, please send us an email to [email protected] or give us a call to +1 210-305-6528 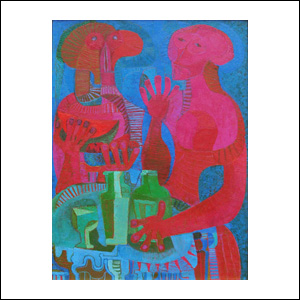 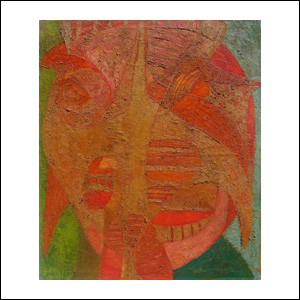 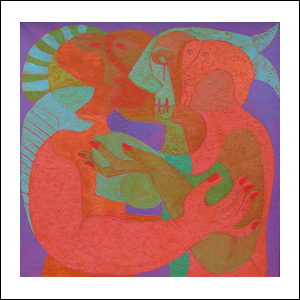 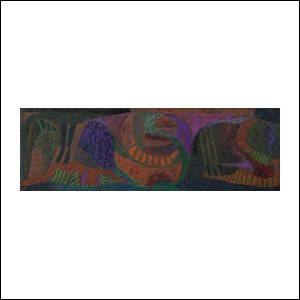 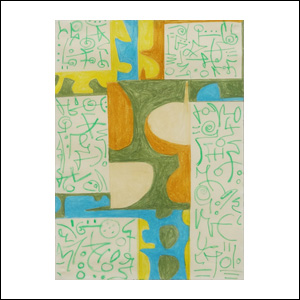 Pedro Coronel was born on March 25, 1921 in Zacatecas. He was a painter, sculptor and engraver. Although he started as a sculptor, it was in painting that he had the greatest production and recognition. His artistic creation recovered the deepest roots of pre-Columbian Mexican heritage, at the same time that it brought together the latest avant-garde trends at the time, such as cubism, expressionism, Orphism, abstractionism and geometrism, conjugated with primitivist synthesized forms of African and Asian cultures. He is recognized in the history of Mexican art as a bridge between the Muralist School and the Generation of Rupture.

His interest in sculpture began in his childhood, as he once narrated: “One of the things that perhaps definitely influenced my vocation was the daily contact I had with an old man who made puppets, who modeled puppets (in mud) and I modeled with him. He really was my first teacher. I spent hours making the faces of the different characters.” In his teens he liked to watch the stonemasons work and sometimes they allowed him to help them.

In late 1939, his parents sent him to Mexico City to study sculpture. In 1940, he enrolled in the School of Sculpture and Direct Carving. His teachers were the sculptors Juan Cruz, Romulo Rozo and Francisco Zuñiga. In 1942, after a student strike in which Pedro Coronel participated, the school changed its name to Escuela Nacional de Pintura, Escultura y Grabado (National School of Painting, Sculpture and Engraving), known as "La Esmeralda". The learning systems were modified and a high-level teaching group was hired, such as: Diego Rivera, Frida Kahlo, Agustin Lazo, Manuel Rodriguez Lozano, Carlos Orozco Romero, Santos Balmori, among others. The last three were his painting teachers. He finished his studies in 1946 and stayed one more year at the school as a sculpture teacher.

Thanks to the support of Diego Rivera, Pedro Coronel obtained financial support to travel to Paris, derived from the classes he taught at the school. On January 10, 1948, he traveled to New York where he spent a few days visiting the museums and waiting for the ship that left for Paris on the 21st of the same month. Already in Paris, he participated in the transcendent post-war moment, came into contact with the latest advanced artistic manifestations and with eminent artists, such as Constantin Brancusi, Victor Brauner, Serge Poliakoff, Ossip Zadkine and Sonia Delaunay, all based in Paris. Pedro Coronel frequented the workshop of the sculptor Brancusi, who sought, among other aspects, the essence of form and at the same time had a great predilection for African and pre-Columbian sculpture. He also met Octavio Paz, with whom he had a long relationship. In 1948 a Paul Klee retrospective exhibition was presented at the National Museum of Modern Art in Paris, made up of more than 350 works. Pedro Coronel, who until then had been mainly devoted to sculpture, visited the exhibition and when he finished seeing it he decided to start painting. In Klee's work, Pedro Coronel discovered the freedom of shapes and colors, which he conjugated with his indigenous ancestral world, the key to a more pure, poetic and primitive creation.

He returned to Mexico in 1949 for a short time, traveled south to Tehuantepec, and then in 1950 returned to France, visiting Belgium, Spain, and North Africa. In 1952, he returned to Mexico steeped in the experiences and precepts of the European artistic movements. He established in the Juárez neighborhood. One of his neighbors was the writer Juan Rulfo, with whom he had an enriching friendship.

In 1942, Pedro Coronel presented his first solo exhibition at Galería Proteo. In 1959, he won first prize with his painting La Lucha in the First National Salon of Painting, organized by the Instituto Nacional de Bellas Artes (National Institute of Fine Arts) in Mexico City. The jury included: Luis Cardoza y Aragon, Ines Amor, Paul Westheim, Justino Fernandez, Enrique F. Gual, Antonio Rodriguez and Rafael Anzures. The second prize went to Luis Nishizawa, the third to Jorge Gonzalez Camarena, and the fourth to Leonora Carrington. In 1960, the National Museum of Modern Art in Mexico City presented a solo exhibition of his work. In 1961, he presented his first solo exhibition outside of Mexico at the Le Point Cardinal Gallery in Paris. Then he presented a vast retrospective exhibition in Tokyo and Osaka in 1962, which included works made in Japan.

In the late 1960s, Pedro Coronel resided in Paris and Rome. He returned to Mexico and presented an exhibition titled Year One Moon at the Museum of Modern Art in 1970. At that time he installed his studio at his home in San Jerónimo, in Mexico City. In 1971, the monograph Pedro Coronel, Pintor y Escultor by Justino Fernández was published by the Institute of Aesthetic Research at UNAM. Starting in 1977, he spent a few months of each year in Paris.

In 1981, he held his last major exhibition at the Palacio de Bellas Artes, Mexico City, along with his  art collection, entitled El Universo de Pedro Coronel, which he later donated to the museum that bears his name in Zacatecas in 1983. In December 1984 he received the National Prize for Visual Arts.