If you are interested in buying or selling an artwork by Francisco Zuñiga, please send us an email to [email protected] or give us a call to +1 210-305-6528 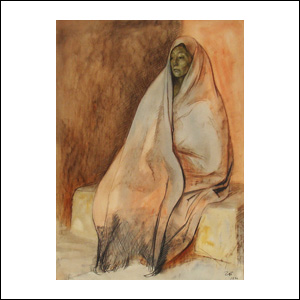 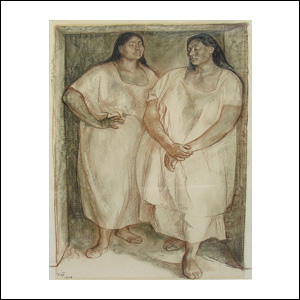 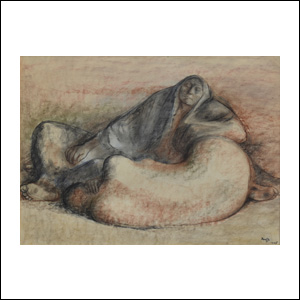 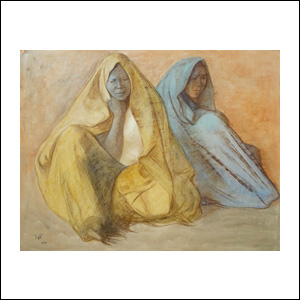 Francisco Zuñiga was born on December 27, 1912 in San Jose, Costa Rica. He was a sculptor, painter, engraver and sculpture professor. Most of his life and artistic career was developed in Mexico where he lived from 1936.

In 1920, he began working as a sculpture assistant in the workshop of his father, Manuel Maria Zuñiga Rodriguez, considered one of the best sculptors in Costa Rica at that time. The first thing that Francisco Zuñiga learned was to carve wood and stone. They mainly made religious figures commissioned by local churches.

He had access to art magazines that came from Spain, such as: Blanco y Negro and La Esfera, as well as articles by Alejo Carpentier in the magazine Carteles, and oral translations of texts in German by Simmel and Riegl. During 1926-1927 he attended the School of Fine Arts of Costa Rica as a regular student, but abandoned it due to disagreements with the teaching methods of professor Tomas Povedano, who was nonetheless very important in his training.

In 1928, he began to paint oils and make small wooden sculptures of his own invention. In 1930, he carved his first stone sculpture. In 1931, he won the first places in painting and sculpture at the Third National Exhibition of Fine Arts, in Costa Rica.

In 1932, he learned about the mural movement in Mexico. The magazine Forma published in Mexico and other Mexican publications edited by the Ministry of Public Education became its main source of information. He learned about the art of Diego Rivera, Jose Clemente Orozco and the Mexican School of Direct Carving. But it was not until 1936, when Francisco Zuñiga decided to move to Mexico permanently. Upon arriving in Mexico City, he presented himself with the painter Manuel Rodriguez Lozano with a letter from a mutual friend, the Costa Rican writer, Leon Pacheco. Zuñiga worked in Rodriguez Lozano studio, as well as in Rodriguez Lozano workshop at La Academia de San Carlos. During this period and until 1939, Zuñiga made about thirty oil paintings.

In 1937, he joined the sculptor Oliverio Martinez as an assistant and collaborates with him in the work of the monument to the Mexican Revolution. In 1938, he obtained a position as an assistant at the school La Esmeralda. He was also hired as an assistant to the sculptor Guillermo Ruiz to make monumental sculptures for the government of General Lazaro Cardenas. This allowed him access to the foundry of “War Materials”, where he learned the casting technique and met Moises del Aguila, with whom he established a long working relationship. He formed the Mexican Society of Sculptors with Guillermo Ruiz, Romulo Rozo, Juan Cruz and Fidias Elizondo.

In 1939, thanks to the recommendation of Oliverio Martinez, Francisco Zuñiga succeeded him in the sculpture class in La Esmeralda, a collaboration that would cease until 1970. In 1945, he was appointed director of the Terracotta Department, where he carried out intense work until 1954. Among his disciples are sculptors and painters such as Manuel Felguerez, Pedro Coronel, Jorge Dubon and others.

In 1947, he married Elena Laborde, with whom he had three children. In 1954, he settled in Tlalpan neighborhood, where he has his own studio for the first time and where he lived until the end of his life. He had a very productive life, made a large number of sculptures in marble, onyx, stone, wood and bronze, as well as drawings in watercolor, crayon, charcoal, pastel, and sanguine. The few oil paintings he made were from his early period. He also made a large number of engravings.

The theme that predominated in his work was the indigenous woman, the nude and sometimes the male figure. According to the artist's own words: “Perhaps my world is that of indigenous feminine representation and poses that are in relation to old cultures of Mesoamerica, which is a prevailing emotional motivation and of which I reaffirm an irrational side, psychological values, and inheritance. I relate all this symbolically to the geological, the earthly of the origin, even more, the erotic. Hence the exaggeration of the breasts, the bellies, the hips. Nature in this sense is inexhaustible because life grows and dies. Squatting figures are a spherical mass supported by two support points: the flexed legs. This is the posture for daily chores, and even giving birth. The reclining, sleepy or relaxed figures with a marked sensuality of lying animal. Figures seated as pyramids or absent praying. I try to capture all that timeless world, that resistance that makes Mexico one of the great peoples of the earth. Standing figures, verticality, characteristics of man, differentiating him from other species. The hip box is important, a kind of shell supported on the columns of the legs, which in turn support the spine and finishes off that central axis, the head. The cloths or shawls have a function: that of veiling part of the figure, or emphasizing a form or projection, of balancing or continuing a rhythm in the composition. In the groups, the hips trace a horizontal axis of support for the whole, the spaces as negative volumes, what in cinematography is called out of frame. The hollows or the firm projections, all that construction is thought, calculated. Of primary importance is the light that illuminates or highlights the shapes defining the hollows and the protruding planes, the rough or polished textures depending on the material. ”

He made several sculptures, monuments, and statues commissioned by governments of different states of Mexico. He presented his works in various group and individual exhibitions, both in galleries and museums in Mexico and abroad.

Francisco Zúñiga passed away on August 9, 1998 in Mexico City.