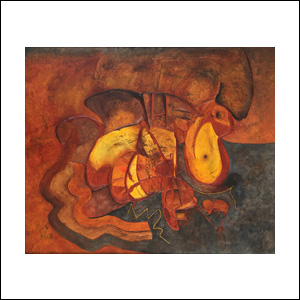 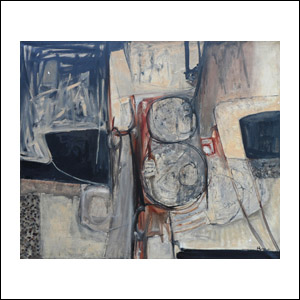 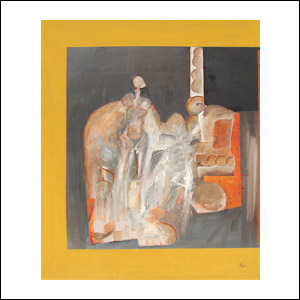 Manuel Felguerez was born in Valparaiso, Zacatecas in 1928. He was a prominent abstract artist in Mexico belonging to the Generation of Rupture. In 1948 he entered the Academia de San Carlos, but he did not like the teaching method, so after a few months he abandoned it and went to Paris to study at the Academia de la Grande Chaumiere, where the cubist sculptor Ossip Zadkine received him as a student. Between 1954 and 1955, he studied at the Colarossi Academy in Paris, France, thanks to a grant from the French government. It was in France that he met the painter Lilia Carrillo, whom he later married. His European stay led him to abstractionism and later to geometrism in its basic forms: the circle, the triangle, the rectangle and the square. He developed both in painting and sculpture.

From 1956 he worked in the academic field. He taught at the Universidad Iberoamericana of Mexico City. He participated in the elaboration of the project for the creation of the Visual Arts major, at the Escuela Nacional de Artes Plásticas of the Universidad Nacional Autónoma de México in 1970, where he was a teacher and researcher at the Instituto de Investigaciones Estéticas (Institute of Aesthetics Research). He served as a visiting researcher at Harvard University in 1976, and as a visiting professor at Cornell University in United States.

Throughout his career, Manuel Felguerez received various national and international awards and recognitions, among which are: the Second Prize for Painting in the First Triennial of New Delhi, India, (1968); the Guggenheim Foundation scholarship and the Grand Prize of Honor of the XIII Biennial of Sao Paulo, Brazil, (1975); the National Prize of Arts of Mexico (1988); the appointment as Creator Emeritus by the National System of Art Creators of CONACULTA (1993), the commission of the Order Isabel La Católica, of the Spanish Government (2006); the degree of Doctor Honoris Causa from the Universidad Autónoma Metropolitana of Mexico City (2009) and the Fine Arts Medal (2015).

In 1998, the Manuel Felguerez Museum of Abstract Art was founded, which houses around 100 works by the artist, as well as 170 more abstract artists from both Mexico and abroad.